A Quaint City with a Leaning Tower

We decided to stop in Pisa for a night on the way to Rome. The train from Genoa went through Pisa anyway and Chris and I had never been; so why not. 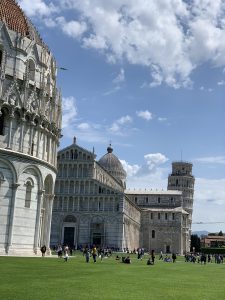 I was so surprised by Pisa. I expected a city full of hustlers and the streets to be dirty.  It was clean, not a lot of people were hanging around the streets and people weren’t constantly trying to sell us things. The leaning tower of course is the exception, which was to be expected. All throughout Europe if you want a souvenir, a cheap pair of sunglasses, a fake designer bag or belt around a major tourist attraction is the place to go.

There is a lovely little square just near the central station that has a great grazing station you can help yourself to when ordering a drink (my kids love a buffet) and the pizza and pasta were just as yummy as you would expect to find in Italy.

The kids loved seeing the Leaning Tower of Pisa. All around that area is spectacular to look at but I have to admit the leaning tower really wasn’t as big as I was expecting.  It  was  fantastic  to  see but the buildings around it were so much more impressive. 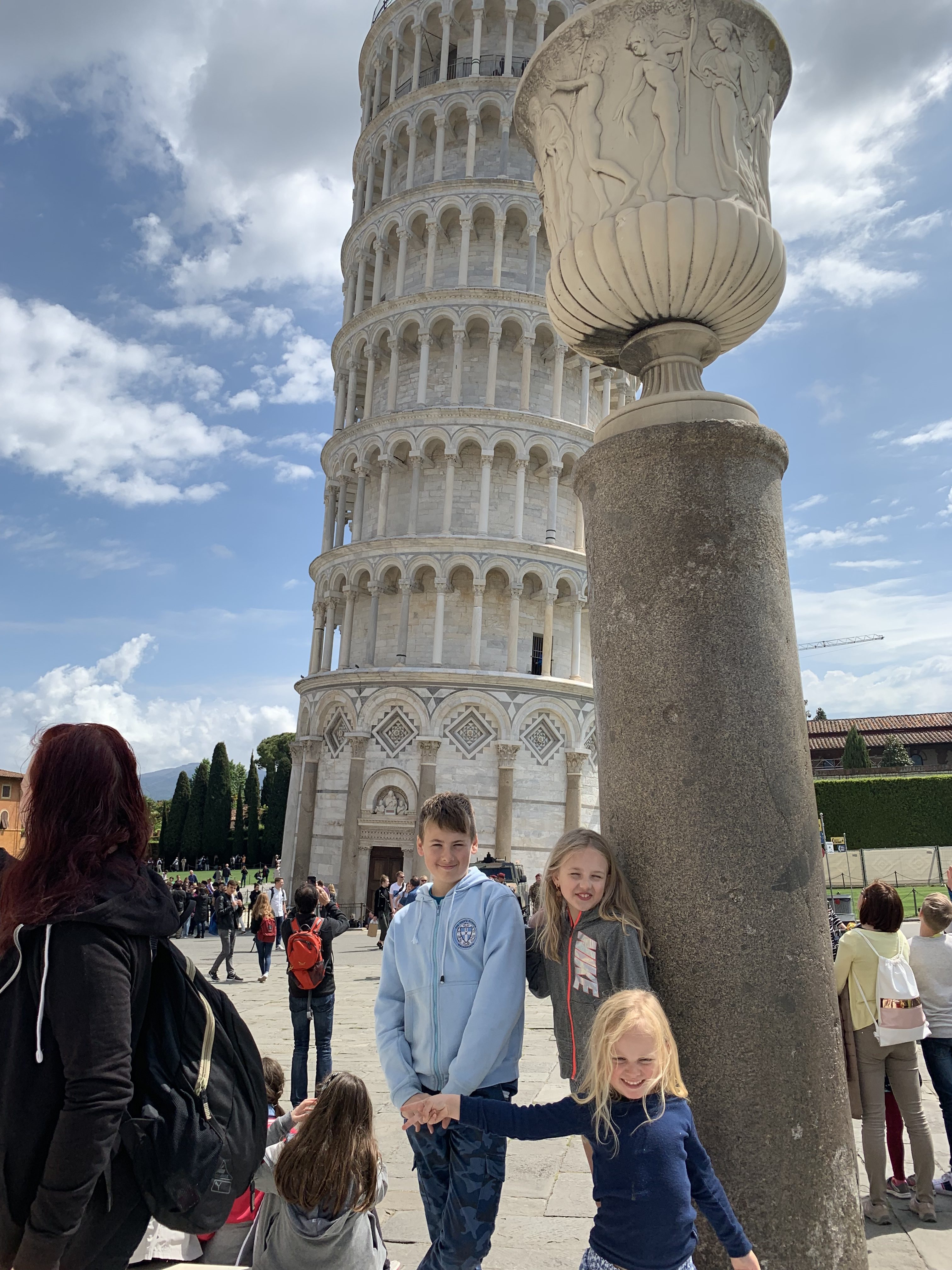 If you find yourself in Italy I would recommend a stop off in Pisa. I wouldn’t stay for long but if like me seeing the leaning tower was on your bucket list then it’s definitely worth the visit. Be prepared for crowds and a laugh. We couldn’t stop laughing at everyone trying to get the perfect picture of themselves pushing up the tower. There were hundreds of people all striking funny poses.

During our morning looking around we also managed to pick up 2 new suitcases. We have had a casualty; 2 wheels have fallen off one of our suitcases. This would have been because of the sheer weight it was carrying! I thought I was being clever fitting everything for 3 months of travel for 5 people into 2 suitcases and a duffle bag. By doing this meant the bags were so heavy and really impractical to move around as no one could lift them up and down stairs.

If I had to do this trip again I would definitely look into big backpacks!